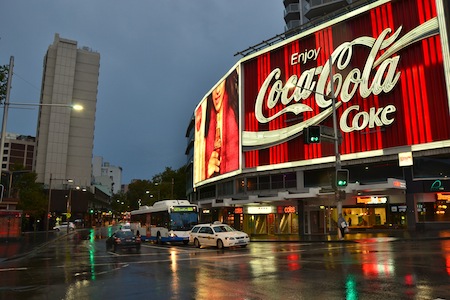 Assault rates have dropped at the Cross – and so has business revenue, according to recent findings.

Kings Cross has recorded its lowest rate of assaults in 10 years, according to recent figures.

Findings from the NSW Bureau of Crime Statistics and Research from October 2013 to September 2014 have shown a 40 per cent fall in alcohol-related assaults in the area.

The Bureau's director Don Weatherburn said the findings were indicative of the general public's reaction to negative media coverage in the past few years – namely the deaths of Daniel Christie and Thomas Kelly from one-punch assaults, along with the introduction of lockout laws.

"The issue has received so much blanket coverage, there are a number of factors at play. Part of it's probably also that people are not going to Kings Cross [as much]. That's what businesses are saying," Weatherburn said.

A recent report found an 84 per cent fall in pedestrian traffic on Darlinghurst Road compared with 2012 levels, and businesses reported revenue losses of up to 40 per cent. A report specifically examining the effect of lockout laws will be released in early 2015.

Since being introduced, lockout laws have been contentious, with key figures within the hospitality industry questioning their overall effectiveness. Kings Cross nightclub owner John Ibrahim said alcohol-related violence was a much greater issue than lockout laws were hoping to address.

"People need to be taught it's not cool to get so drunk, and punch people. That's the only way we are going to change this culture," Ibrahim said.