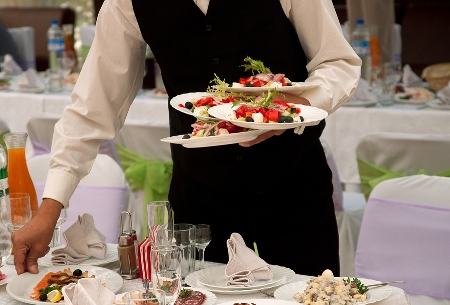 "This will provide labour cost relief for restaurant and café operators currently trading on Sundays."

The decision by a Full Bench of the Fair Work Commission to reduce penalty rates by 25 per cent on Sundays for casual employees has been welcomed by Restaurant & Catering Australia (R&CA) - the national association that represents the interests of 35,000 restaurant, cafe and catering businesses.

R&CA CEO John Hart says the positive result comes after the association's historic fight for changes to the penalty rate regime introduced through the Restaurant Industry Award in 2010.

"I'm pleased to hear the decision to reduce casual loadings on Sundays from 175 per cent to 150 per cent will come into effect from 1 July 2014.

"This will provide labour cost relief for restaurant and café operators currently trading on Sundays.

Convenience back on the menu

"Businesses that are currently shut on Sundays may re-consider closing – returning convenience to Sunday diners.

"The industry will most likely save about $112 million each year - with this decision ensuring the industry continues to push for further penalty rate reforms under the Fair Work Commission four yearly review of Modern Awards," said Hart.

The application was rejected by a decision of Fair Work Commission Deputy President Gooley on 10 October 2013, which resulted in the association lodging an appeal to a Full Bench.

A number of elements of the Deputy President Gooley Decision including Sunday penalty rates and the classification structure were found to be subject to appealable errors by the Full Bench, including that the Restaurant Industry Award was operating as intended without anomalies or technical problems.