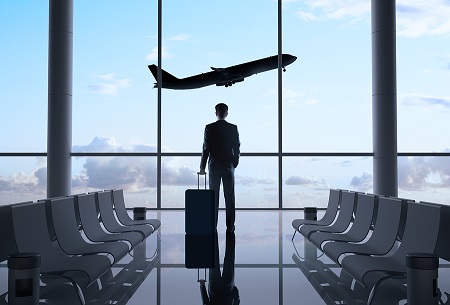 Australia's tourism ministers met with tourism industry leaders and the NZ government in Sydney last week to talk shop about airline fuel prices and progress towards the Tourism 2020 Strategy.

All ministers agreed the tourism sector must benefit from all airlines and regional petrol sale outlets passing on oil price reductions in full. It was noted some airlines had taken some positive steps towards this, but much more needed to be done.

The meeting discussed progress towards Australia's Tourism 2020 strategy, a whole-of-government strategy that seeks to double Australia's overnight visitor expenditure to between $115 billion and $140 billion by the end of the decade.

The tourism and hospitality industry is said to be one of the world's fastest-growing industries and Australia's largest service export industry, and expected to double in size in Australia over the next two decades.

Tourism ministers discussed the importance of capitalising on this opportunity and reaffirmed bipartisan support to redouble efforts to achieve Tourism 2020 targets.

Tourism Minister Andrew Robb took time at the meeting to highlight some recent successes to support the tourism industry.

A trebling of aviation capacity with China, through a new Air Services Agreement between Australia and China, leading to 67,000 seats per week by October 2016. The new agreement includes a particular focus on China's second- and third-tier cities with half the capacity dedicated to these burgeoning regions of China.

An extension of online lodgement for visitor visas to all nationalities by the end of 2015 and the commencement of an online visitor visa lodgement pilot in China and India to capitalise on opportunities from these significant markets.

The success of Tourism Australia's Restaurant Australia campaign, which was conducted in partnership with industry and state and territory tourism organisations. The $40 million campaign, using both traditional and social media channels, has seen Australia's unique food and wine offerings communicated to consumers in markets around the world.

The development of the Free Trade Agreement with China, which strengthens the government's commitment to the tourism industry.

A Work and Holiday Arrangement concluded alongside ChAFTA will allow 5000 Chinese Work and Holiday Makers into Australia annually, increasing demand for tourism services and supporting the development of the sector.

The New Zealand Associate Minister for Tourism, the Hon Paula Bennett, spoke of the interconnectedness of the New Zealand and Australian tourism industries including noting the recent joint initiative in relation to the single visa available for people attending the ICC Cricket World Cup in both countries this year.