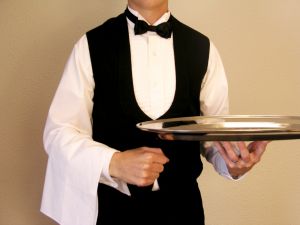 The operators of four Japanese restaurants in Tasmania and their business have been fined almost $180,000 for underpaying 50 workers, including many young foreign workers.

Launceston men Kazuhiro Kojima and Zhicheng Zhang - who own and operate 'Bento Box' restaurants in Launceston and Devonport and the Wan Japanese Restaurant in Launceston - have each been individually fined $27,984.

The fines, imposed by Judge John O'Sullivan in the Federal Circuit Court, are the result of legal action taken by the Fair Work Ombudsman after an investigation into underpayments.

The employees were predominantly young foreign nationals from Asia, including some who spoke limited English. A number were international students who performed food preparation, customer service, cleaning and cooking duties.

The employees were paid flat rates as low as $5 to $10 an hour, well below minimum entitlements and which resulted in the significant underpayments of their base rates and non-payment of penalty rates for weekend, evening and public holiday work. Record-keeping and pay slip laws were also breached.

Judge O'Sullivan said the breaches were serious and Kojima and Zhang had "displayed a reckless disregard for their obligations".

"The respondents' submissions on this issue effectively amounted to a plea of ignorance or an assertion that they were so ignorant they didn't know any better," Judge O'Sullivan said.

"There is a need for general deterrence and to ensure employers understand they must take steps to ensure correct employee entitlements are paid."

"Foreign workers can be vulnerable if they are not fully aware of their workplace rights, so we treat underpayments of foreign workers very seriously and will not hesitate to take action in cases such as this one in Tasmania," James said.