Sydney's plan for "one of the world's best" Chinatowns 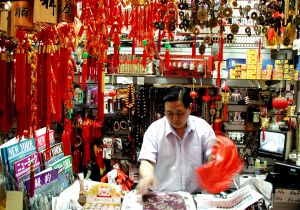 Can Sydney turn Chinatown into one of the world's best?

In a move likely to provide a boost to local businesses, Lord Mayor Clover Moore said after calling for expressions of interest the City had chosen a new operator to help the markets grow, and become one of the world’s best Chinatown retail experiences.

"Chinatown has a unique identity and culture, and it’s also one of Sydney’s most important economic areas, with 25,000 residents, workers and tourists passing through each day," the Lord Mayor said.

"The area’s growing popularity and importance to the local economy means there’s a need to revamp the Chinatown Night Markets, so they are more in keeping with the area’s thriving culture, creativity and energy.

"The City’s much-loved improvements to local laneways, streets, lighting, and public spaces are helping to transform the area into one of the world’s best Chinatowns, to rival those in Penang and San Francisco.

"We want the markets to better highlight Sydney’s rich Asian history and the importance of the Asian culture to our city today."

The EOI was assessed independently by Colliers International and the new operator, Blue Sky Markets, was unanimously chosen to work with businesses, residents, workers and stallholders to develop a plan to improve the markets, and maximise the potential of the 64 stalls.

"Over the next few months, we will be inviting feedback from local business, stallholders and the community about what they’d like to see at the revamped Chinatown Night Markets," Ross Alexander from Blue Sky Markets said.

"We’ll then come back with new concepts to build a market that will continue to reflect the local culture of Chinatown, but with a more contemporary feel.

"The new market will build stronger relationships with our permanent retailers, and provide a better visitor experience, a revamped product range and better presentation of stalls.

"Our aim is to open up more stalls for local artists, students and young designers with Asian heritage or whose designs refer to Asian cultures.

"This will attract a broader range of shoppers and give them a taste of what the Chinatown area has to offer, enticing them to stay and explore."

Brad Chan, from the Haymarket Chamber of Commerce, said the City of Sydney’s improvements to the area were helping transform Chinatown into one of the world’s best.

"It’s exciting to think the markets might be developed even further to grow the commercial value of the Haymarket area and attract more visitors to support existing businesses and create new opportunities in the area."

The City of Sydney has spent more than $4 million as part of stage one of the Chinatown Public Domain Plan, giving three laneways in the heart of Haymarket major facelifts earlier this year – Little Hay Street, Factory Street and Kimber Lane, and the new Chinatown Information Kiosk.

Detailed concept designs for the next stage of the plan – the creation of new public space in Thomas Street, and improvements on adjacent Hay Street – will be presented over the coming months, involving extensive community consultation.

The Chinatown Night Markets are on every Friday from 2pm-midnight.