Record penalties for underpayment of foreign cleaners in Perth 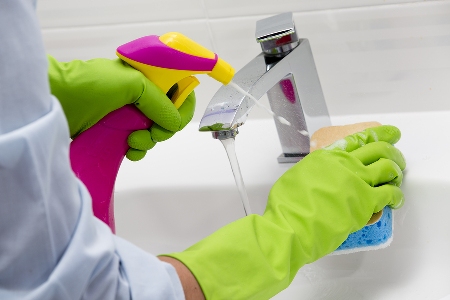 The underpaid cleaners were aged in their 20s and 30s and five were foreign nationals, from Taiwan, Hong Kong, New Zealand and Ireland.

The Fair Work Ombudsman has secured a record $343,860 in penalties against a Perth cleaning company and its manager for deliberately underpaying six cleaners, including five foreign workers.

The company trading as Housekeeping Pty Ltd has been fined $286,550 and the business's manager, Catherine Paino-Povey, has been fined a further $57,310.

The company has also been ordered to back-pay the six cleaners a total of $22,510 it underpaid them.

The penalties and back-payment order, imposed in the Federal Circuit Court in Perth, are a national record for a Fair Work Ombudsman legal action.

The underpaid cleaners - four women and two men - were aged in their 20s and 30s and five were foreign nationals, from Taiwan, Hong Kong, New Zealand and Ireland. Three of the employees spoke little English.

The Fair Work Ombudsman discovered the breaches when it investigated complaints lodged by the employees.

Imposing the penalties, Judge Toni Lucev said the underpayments were deliberate and the more vulnerable the employee, the more likely it was that the company and Paino-Povey would underpay them.

Judge Lucev said the company and Paino-Povey had been dishonest in their representations to the Fair Work Ombudsman and stifled the Agency's ability to conduct a proper investigation.

"The penalty must be an appropriate level to deter others within the relevant industry, and other industries from committing similar breaches of Australian workplace law," Judge Lucev said.

"There are very serious consequences for deliberate exploitation of foreign workers in Australia," James said.

"Foreign workers can be vulnerable when they are not fully aware of their workplace rights in Australia or are reluctant to complain, so we place a high priority on taking action to protect them.

"Successful legal actions such as this one also benefit employers who are doing the right thing and complying with workplace laws because it helps them to compete on a level playing field."

The cleaners were underpaid amounts ranging from $1,915 to $4,554 despite each working for the company for a period of only one to three months between June, 2011 and January, 2012.

They regularly worked nine to 10 hours a day cleaning homes at various locations in suburban Perth but were paid for only 7.6 hours.

They were also underpaid overtime and penalty rates, had money unlawfully deducted from their wages and were underpaid leave, meal break and travelling time entitlements.

Judge Lucev said Paino-Povey and the company had shown no contrition.

"There is evidence that the corporation and Paino-Povey, at least for the time being, have continuing involvement in the cleaning industry, and that involvement has generated ongoing complaints to the Fair Work Ombudsman," Judge Lucev said.