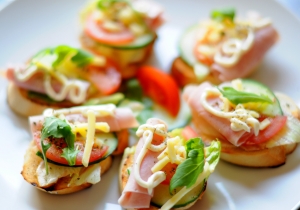 There were 250 notified cases of salmonella poisoning in Australia in November.

"There's always an increase in foodborne illness during the warmer months, which is why it's timely to remind people of the golden rules of food safety - keep it cold, keep it clean, keep it hot.

"Hot weather, over-loaded refrigerators, preparing unfamiliar foods, and cooking for more people than usual can be the ideal recipe for food poisoning," Hodgkinson said. "We have already seen a spike in the number of salmonella cases."

"Food poisoning makes more than 1 in 4 Australians ill each year and in some cases it has been fatal.

Keep the fridge at 5 degrees or below; avoid eating food that has been left out of the fridge for two hours or more; defrost the turkey in the fridge – not on the bench-top; store a leg of ham in the fridge and in a ham bag or clean cotton pillow case; and shop with a cooler bag.

Don't let raw meat juices drip onto other foods – defrost the turkey on the bottom shelf of the fridge in a container deep enough to collect liquids; separate raw and cooked food and don't use the same utensils, especially cutting boards, for both; keep benches, kitchen equipment and tableware clean; wash hands thoroughly before preparing or eating any food; and avoid making food for others if you are sick.

"It's also important for people to check the labels on foods and if in doubt throw it out," Hodgkinson said.

"Food poisoning is a serious health issue in Australia with an estimated 5.4 million foodborne illness cases reported each year and costing more than $1.25 billion in recall, surveillance, lost productivity and health costs.

"People who need tips on how to safely cook and serve traditional Christmas foods can contact the NSW Food Authority including practical options for catering for people with allergies or low immune systems," Hodgkinson said. 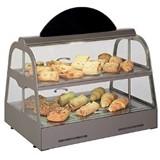 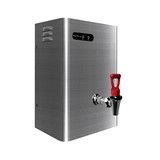 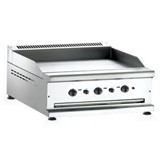 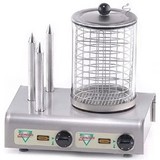