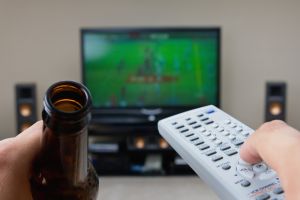 The study found that a third of food/beverage companies sponsoring sport could be classified as unhealthy.

New Zealand's top televised sports are being used to flog unhealthy food and drink and sponsors are getting through to children, researchers say.

They are asking sports codes to place a higher priority on health when selecting backers, and for government regulation and funding to replace unhealthy food sponsorship with healthy sponsorship, just as for tobacco.

In their recent study, public health researchers from the University of Otago, Wellington, looked at the websites of 308 New Zealand sports organisations and spoke to 18 key administrators.

They found that a third of food/beverage companies sponsoring sport could be classified as unhealthy.

While many sports were concerned about associating themselves with unhealthy products, others considered the money more important.

"McDonald's and Coke are the greatest product sponsors, just like at the London Olympics," she said.

Rugby had the unhealthiest sponsorship rate, with 23 per cent of brands and logos linked to unhealthy food.

Netball had only one per cent linked to unhealthy food.

It was a concern, given 11 per cent of children aged five to 14 were obese, up from eight per cent about five years ago, and at least 20 per cent were overweight, Prof Signal said.

Children deserved to be protected from the pressure to eat junk food while enjoying healthy outdoor activity, she said.

Some sponsors continued to target children with additional marketing activities, such as product samples, merchandise and vouchers for purchasing more product.

However, while unhealthy products were sponsors, so too were foods and drinks considered healthy.

Rugby again came out on top with 21 per cent of logos linked to healthy foods and cricket next highest at five per cent.

Increasing such healthy sponsorship was a way to support children eating a healthy diet, the researchers said.