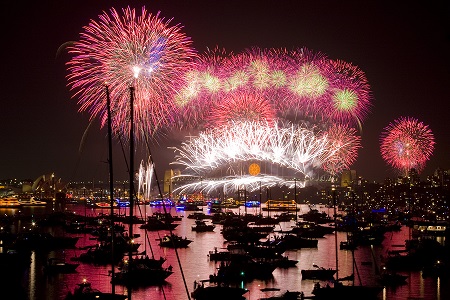 "We are looking forward to a much more peaceful NYE celebration this year."

Sydney's controversial lockout laws will be lifted for New Year's Eve to improve safety within the general CBD area.

According to reports, the lifting of the laws, effectively extending the lockout time from 1:30am to 3am, will allow revellers to travel from Sydney Harbour to the city and Kings Cross without having to rush. Trading hours and last drinks calls will remain the same.

The laws were introduced a year ago following the death of Daniel Christie, where he was felled after being punched at Kings Cross and subsequently hit his head on concrete. The 18-year-old had his life support turned off a week after the incident.

"We do realise that Sydney on New Year's Eve is really ... the focal point for Australia when it comes to crowds," he said.

"We are looking forward to a much more peaceful NYE celebration this year."

The office of Deputy Premier and liquor and hospitality minister Troy Grant said it was about adopting a "common sense approach to the biggest night on the Sydney calendar".

"This is about striking the right balance between common sense, industry and individual responsibility," Grant said.