Rodents the number one reputational risk for businesses this winter 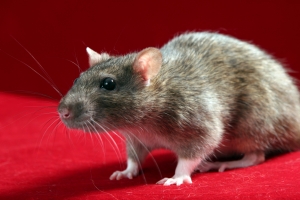 Rats and mice are most prevalent in the colder months as they seek refuge indoors, looking for both shelter and food.

Simon Lean, Australian technical manager at Rentokil said rodents, which include rats and mice are most prevalent in the colder months as they seek refuge indoors, looking for both shelter and food.

"A rodent infestation can quickly get out of control, within a period of a year a single pair of mating rodents can result in a rodent population of 400-700. Female rodents are capable of giving birth to between five to 10 offspring more than four times a year and that offspring is ready to reproduce just three months after birth," said Lean.

"We have already seen an increase in commercial rodent job call-outs, from summer 2012/13 to autumn 2013 there was a spike of 18 per cent. We are expecting to see further increases so businesses should definitely start preparing for potential rodent infestations in winter and have adequate rodent control programs in place."

Kate Levy, head of marketing services at Rentokil, warns business owners that taking preventative measures when it comes to rodent control can counter any potential damage to reputation that could also cripple a business.

"For business owners, reputation is everything. A business can take several years to build a positive reputation in the community but this can all change in several seconds with the emergence of social media. Just one customer complaint could spiral into major customer backlash and significant financial consequences for your business," said Levy.

The most common pest rodent species in Australia are the black rat, brown rat (Norway rat),   and house mouse, all of which are widespread throughout Australia's highest populated areas.

Rodents are nocturnal and build their nests in wall cavities, under floors, roof voids and close to areas where they can scavenge for food and water.

They can all carry diseases by leaving infected urine or faeces in places where people can come in contact such as kitchen benches, food preparation and storage areas and rubbish tips. The effect of rodents can consequently be more serious for businesses serving or selling food and businesses with large storage areas, where rodents can find areas with food, shelter and nesting sites during winter.

There is also research from Rentokil that indicates mice can change behaviour in environments such as large buildings. Typically the home range of a mouse is 5 metres however, Rentokil has observed that when there is lack of females in these environments male mice are forced to hunt up to 1km to find mating partners.

Large buildings work as closed ecosystems with adequate food, shelter and warmth; they enable mice to set up temporary residences throughout. For large buildings this means there is an increased risk of mice infestation that is harder to treat and control.

Rentokil's comprehensive survey process involves a review of the site to identify areas of risk, consideration of all control procedures including attention to sanitation and hygiene, trapping, proofing of entry points, and the use of baiting procedures. Rentokil's critical appraisal for high risk industries like food processing and pharmaceutical goes one step further with a scientific approach completed by a field biologist.