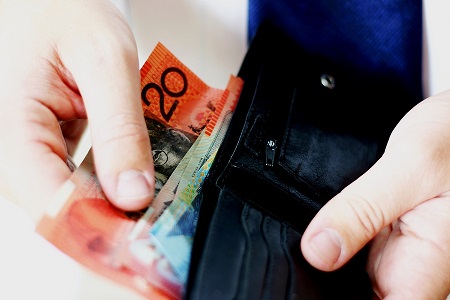 Workers at a Vic restaurant were being paid flat rates as low as $10.50/hour.

A Victorian restaurant will face court for allegedly underpaying nine casual and part-time employees more than $10,000 – the second time within a year it has faced such charges.

The Fair Work Ombudsman alleges that nine casual and part-time employees were underpaid a total of $10,815 between October 2012 and September 2013.

The workers include three teenagers and an Indian national visa-holder.

In August, 2013, the Fair Work Ombudsman announced it was taking legal action against Sona Peaks and Anderson for allegedly failing to comply with a demand to back-pay another underpaid waitress $5037.

While the employees have since been back-paid, the matter is still before Court.

Workers paid less than $11 per hour

In the latest case, the underpayments were allegedly the result of the employees – a cook and eight waiting staff – being paid flat rates as low as $10.50 an hour.

It is alleged the lawful minimum hourly rates were $13.56 to $14.87 for the junior employees and $15.96 to $17.49 for the adult employees, with additional penalty rates payable for weekend, public holiday and night work.

Fair Work Ombudsman Natalie James says inspectors made significant efforts to engage with the restaurant operators to try to resolve the underpayments by agreement, but were unable to secure sufficient cooperation.

"We allege these business operators have shown no interest in taking corrective action, leaving us no option but to commence legal action," she said.

"The involvement of young workers and an overseas worker is an aspect of this case we treat very seriously because these workers can be vulnerable if they are not fully aware of their entitlements or are reluctant to complain."

The Fair Work Ombudsman is seeking a Court Order for Sona Peaks to back-pay the workers and the imposition of penalties. Anderson faces maximum penalties of up to $10,200 per breach and Sona Peaks up to $51,000 per breach.

Employers and employees seeking assistance can visit www.fairwork.gov.au or contact the Fair Work Infoline on 13 13 94.