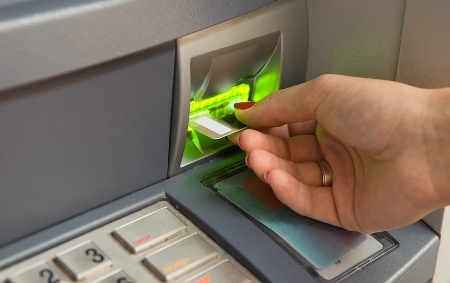 A report prepared by researchers from Swinburne University of Technology has found that the time and money spent on poker machines by high risk gamblers has decreased since the removal of ATMs in July 2012.

"It has helped people to control their gambling spending by making it more difficult for them to access money close to poker machines at pubs and clubs.

"The increased control of spending on poker machines is apparent, as are reductions in impulsive over-spending and the severity of problem gambling symptoms in high risk gamblers."

The report found that since the removal of ATMS from gaming venues, gamblers have been spending less time playing poker machines.

It also found low risk gamblers are spending less time at clubs in general, are better able to manage their poker machine spending and report fewer impulsive overspends on gambling.

Venues reported a seven per cent reduction in poker machine revenue across the state, and reductions in other gambling and non-gambling revenue.

"Venue revenue has been affected, but most venues have adapted well and are likely to continue to do so," Dr Thomas said.

The costs to patrons include a minor inconvenience accessing money at venues with poker machines.

"However, our findings also showed the most entrenched problem gamblers will circumvent the impact of ATM removal by accessing additional funds at external ATMs or through EFTPOS," Dr Thomas said.

The report suggested that the introduction of daily limits on EFTPOS may improve the effectiveness of the intervention as some gamblers are now withdrawing more money at venues than they did when they were constrained by daily limits on ATM withdrawals.

The Report on the evaluation of the removal of ATMs from gaming venues in Victoria was funded by the Department of Justice.