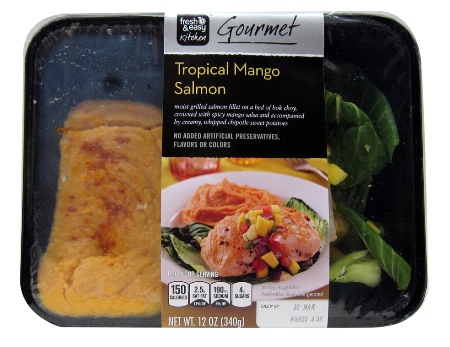 A review of global launch activity in ready-meals over the past year or so highlights some key trends.

A review of global launch activity in ready-meals over the past year or so highlights some key trends, including ongoing interest in healthy options, more authentic-style ethnic recipes and more emphasis on natural, organic and locally-sourced ingredients.

In addition, the review found interest had grown in restaurant-style products for in-home dining and home entertaining as an alternative to eating out.

Innova Market Insights (www.InnovaDatabase.com) recorded a slight fall in new product activity in its ready meals category in the 12 months to the end of March 2012.

The category takes a very wide definition of the market, encompassing not only ready-meals and pizza, but also meal centres, meal kits, prepared and plain pasta and noodle products, potato products, prepared salads, rice, sandwiches and other meal components.

Pizza, with more limited innovation opportunities, came further down the list with just six per cent of the total. In terms of geographical distribution, North America and Europe accounted for two-thirds of launches, with the smaller but dynamic Asian market taking over a fifth, giving the three regions a combined 85 per cent of total introductions recorded.

While convenience continues to be the key positioning for ready-meals and prepared foods, used by well over three-quarters of ready-meals launches recorded by Innova Market Insights in the year to the end of March 2012, over 36 per cent of introductions used a health positioning of some kind - particularly passive health claims, such as low-calorie, natural and organic, but also more active claims, such as vitamin- and mineral-fortified, weight management, and heart health.

The highest levels of health claim usage were among ready-meals and meal components, at nearly 50 per cent of total launches, falling to less than 25 per cent for categories generally much less widely associated with health concerns, particularly meal kits, pizza and sandwiches.

Rising interest in 'naturalness' and clean labelling has been a feature of the food and drinks market as a whole in recent years, and ready-meals is no exception, despite the challenges presented by its inherently 'processed' image.

Over 17 per cent of launches recorded by Innova Market Insights were positioned as additive- and/or preservative-free, over five per cent as natural and nearly six per cent as organic, resulting in nearly 25 per cent of introductions using either one or more of these claims.

The next most popular health-related claims related to products free from or low in fat, with over six per cent using a gluten-free positioning and just under six per cent a low-fat claim.

While many of the products in the prepared meals sector are naturally vegetable-based, particularly rice, pasta products and salads, a significant number are also specifically positioned on a vegetarian platform, equivalent to over ten per cent of global launches in 2011.

Many ranges include vegetarian products or have vegetarian sub-ranges, but there has also been some evidence of rising levels of interest in specialist vegetarian ranges, especially in Western Europe.

This has included both frozen and chilled products and also branded lines, both standard and premium-style, including celebrity-chef-endorsed and own-label options.

Lu Ann Williams, research manager for Innova Market Insights, concludes that, despite difficulties in some parts of the market, product activity in ready-meals is continuing as a result of ongoing demand for convenient meal solutions among time-pressed consumers.

The downturn in consumer spending in many countries and increasing concerns over the health aspects of convenience foods may have a negative effect on the market in some countries over the next few years, she concurs, but product activity is increasingly focusing on health issues as well as adding value.

The sector is generally well placed to take advantage of the reduction in eating out, with a growing range of in-home options, including meal centres, complete meals and meal kits as individual portions or family sharing packs, including higher-value-added choices for in-home meals and even formal entertaining. 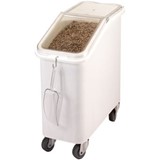