Penny Wong most trusted to babysit the nation's children 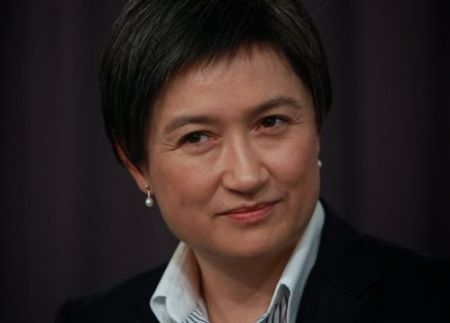 Minister for Finance and Deregulation, Penny Wong, is the politician Aussies would most trust to look after their children.

Looking for a babysitter this Christmas? Minister for Finance and Deregulation, Penny Wong, is the politician Aussies would most trust to look after their children, according to new research from CoreData.

CoreData's Implicit Situations research asked Australians how they believe Australian politicians, prominent business people and celebrities would fare in a range of everyday, and not so everyday situations, such as babysitting the kids, throwing a BBQ or being a Bond villain.  The questions are also designed to act as proxies for how average Australians perceive critical personal characteristics.

Some 28 per cent of Aussies say they would most trust Wong to babysit their kids, while just 0.3 per cent would trust Craig Thomson, the politician who moved from the Labor party to the back benches in April this year under pressure from Prime Minister Julia Gillard.

None of the politicians proved as trustworthy as business woman and mother Mia Freedman, or former PM Kevin Rudd's wife Therese Rein, who would be trusted by 48.2 per cent and 41.3 per cent of respondents respectively to babysit. Amongst the celebrities, Rebecca Gibney (46.9 per cent), Hugh Jackman (35.7 per cent) and Nicole Kidman were also more trusted than all politicians included in the research.

The research was conducted via an online survey of 1,133 Australians in November and December 2012.

Possibly not surprising for the cynics among us, findings suggest that many of our more well-known politicians are less trusted, liked and admired than run of the mill celebrities and prominent business people.

Malcolm Turnbull is thought to be the most likely to hand in a wallet full of cash (23.5 per cent), is the politician Aussies would most like to have a drink with (27.5 per cent) and is the politician that the majority of Aussies consider would make the best CEO of a large corporation (56.1 per cent).

Notably, Turnbull is not only relatively popular with Labor voters across most questions but always outguns Tony Abbott even amongst the party faithful (except for being the most annoying father-in-law and likely to make the best Bond villain!).

When it comes to Aussie business people, Freedman and Rein are again considered more trustworthy than the politicians with 46.0 per cent and 39.7 per cent of respondents respectively believing they would hand in the wallet.

Australians are more than twice as likely to want to have a drink with Malcolm Turnbull (27.5 per cent), than they are with Tony Abbott (10.1 per cent), and people would also rather drink with Kevin Rudd (19.6 per cent) than Julia Gillard (14.7 per cent).  Close to one in five (18.1 per cent) say they would rather have a drink by themselves than with any of the federal politicians on the list.

Hugh Jackman (49.9 per cent) and Freedman (30.2 per cent) are more popular drinking partners than all the politicians.

When it comes to the politicians that Australians would least like to spend time with, two in five (39.1 per cent) say Bob Katter would make the most annoying mother/father in-law, while Abbott is close behind at 35.9 per cent, followed by Gillard (28.4 per cent).

A majority (56.1 per cent) believe that Turnbull would make the best CEO of a large corporation while one in five select Joe Hockey (19.7 per cent) and Wong (19.6 per cent). Interestingly, however, given his position as Federal Treasurer, Swan had far fewer believers in his business acumen (13.3 per cent).

Despite these perceptions, no politicians are considered in as poor light as Gina Rinehart when it comes to annoying mother/father-in-laws, with the majority (70.6 per cent) of Aussies selecting her as the Australian business person that would make the most an annoying in-law.  More than half also consider Kyle Sandilands (54.4 per cent) and Pauline Hanson (50.2 per cent) as prospective painful in-laws.

Tony Abbott (24.1 per cent) is the politician that Aussies believe is most likely to win a Hunger Games style battle royal.
A majority of Australians (52.7 per cent) believe that Gina Rinehart and Kyle Sandilands (51.7 per cent) would make the best Bond villain.

Two in five respondents (39.3 per cent) nominated Craig Thomson as the best Bond villain, followed by Bob Katter (33.3 per cent) and Tony Abbott (24.6 per cent).

Splitting the sample by political affiliation reveals predictable preferences based on traditional party lines. However, there are some cross bench affections evident – notably Malcolm Turnbull has a lot of Labor voting fans. There are also similar proportions of those choosing Nick Xenophon and Bob Katter from both sides of the political fence as their preference for several questions. Splitting the sample by gender reveals that females tend to be much more affectionate about female politicians than males generally are.