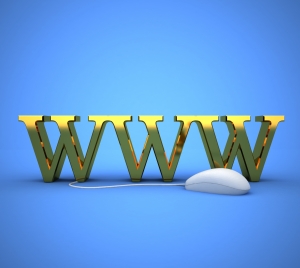 Australia is one of the leading countries in terms of technology uptake and growth.

Over the past decade, Australia's increasing reliance on new technologies has brought with it forecasts for the demise of many industries.

Business information analysts at IBISWorld reveal the industries that have remained robust despite gloomy forecasts and those that continue to capitalise on our increasingly tech-reliant lifestyles.

Australia is one of the leading countries in terms of technology uptake and growth, with key drivers being high incomes and accessibility to products, according to IBISWorld.

Ranked seventh in the world for internet penetration, Australia is surging ahead of the United Kingdom (14th) and the United States (27th), with 89.9 per cent of Australians online. Over the coming five years, IBISWorld forecasts this will increase to over 95 per cent.

"The uptake of technology has seen a dramatic change in the way Australians research products, access services, shop and consume news, media, entertainment and more."

Industries thriving from the tech uptake

Internet publishing and broadcasting has flourished with the increasing use of web and smartphones, and is set to grow by a further 7.7 per cent per annum to reach $2.1 billion in 2017-18.

"Minimal barriers to entry, low costs and an increasingly connected marketplace are all factors that have driven growth," Dobie said.

Almost 70 per cent of industry revenue is generated by online advertising directories, which include sites such as Seek.com.au, Realestate.com.au and Carsales.com.au.

On the other hand, IBISWorld flagged online print publishing and audio and video broadcasting as having had more difficulty building sustainable and profitable business models.

"Consumers have been more hesitant to purchase paid content as it is less conventionally established. We are, however, seeing a movement towards paid information, with major information sources, such as News Limited, launching semi-paywall models," Dobie said.

According to IBISWorld, Australia's smartphone application development industry took off in the past five years – growing at an astonishing annualised rate of 177.2 per cent.

"Demand for smartphone applications in Australia has experienced huge growth, with the Australian Communications and Media Authority estimating 4.5 million Australians downloaded a mobile app in 2012. This industry is the poster child for the technology revolution, demonstrating the widespread uptake of smartphones and mobile computing," Dobie said.

Despite fierce competition from overseas developers somewhat impeding the Australian market, IBISWorld noted there are enormous opportunities for domestic developers to not only service Australia, but also become global players in the app segment.

Flagged as one of the biggest beneficiaries of our technology uptake, over the coming five years online retail is forecast to grow by an annualised rate of 10.8 per cent to reach $18.2 billion.

"Although Australia has been comparatively slow to adapt to the online retail sphere, mainstream acceptance of smartphones and online transactions has pushed growth dramatically over recent years", Dobie said. "Online shopping has transformed the way that consumers think about researching and purchasing products, and operators that combine savvy online strategies with quality customer care and delivery are thriving as a result."

Driven by increasing consumer acceptance, online education has grown strongly over the past five years, and is forecast to grow an additional 9.4 per cent per annum over the five years through 2017-18 – primarily due to increasing web penetration and dramatic growth in service providers and course offerings.

"Between 2007-08 and 2012-13, an additional 531 service providers entered this sector – resulting in increased competition and a plethora of new course offerings," Dobie said.

"With many Australians facing longer working hours and busy lifestyles, the flexibility and convenience of online learning is very appealing."

"Online courses have also been embraced by those residing in remote areas, which have been offered very little in terms of further education in the past," Dobie added.

Once forecast to be on the way out due to technology uptakes, unexpectedly resilient players highlighted by IBISWorld include bricks-and-mortar retail trade, cinemas, travel agencies and newspaper and magazine publishing.

"There are certain categories, such as luxury, premium and big-ticket items that consumers prefer to purchase through traditional means. These segments will help solidify the role of bricks-and-mortar retail in the coming years," Dobie added.

"Movie accessibility within the home has certainly become easier with the tech take-up. However, the high-quality experience and accessibility of new films will continue to draw audiences to the cinema," Dobie said.

"Going to the movies also enables social interaction, which will continue to drive participation and revenue growth."

"While travel agents did face an initial drop in revenue with the advent of online booking facilities, those quick to adapt through the provision of more specialised and niche products and services have continued to flourish," Dobie said.

"Concerns over the security and validity of online bookings, and the sometimes overwhelming volume of choice have also caused many travellers to switch back to travel agents to manage their holiday plans."

In the coming years, IBISWorld expects travel agencies will rely heavily on corporate accounts and the development of products with higher profit margins, such as cruising and experiential travel.

Despite heavy online competition, IBISWorld expects newspaper and magazine publishing will stick around for the next five years and beyond. An ageing population, who are more comfortable with printed news sources than online, and niche magazine publishing are propping up the industry.

"Newspapers and magazines still play a role in many Australians' daily lives. Reading the paper or a magazine while enjoying a coffee or while sunbathing at the beach are relaxation activities enjoyed across generations, and while online competition has certainly affected revenue, the print publishing industry is slowly adapting and innovating," Dobie said.