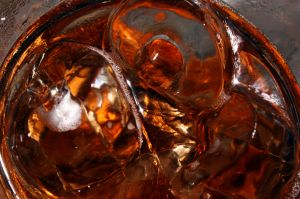 Some restaurants are ordering smaller glasses, while others are biding their time.

At barbecue joints, coffee counters and bottle-service nightclubs, a coming clampdown on big, sugary soft drinks is beginning to take shape on tables and menus in a city that thrives on eating and going out.

Some restaurants are ordering smaller glasses. Dunkin' Donuts shops are telling customers they'll have to sweeten and flavor their own coffee. Coca-Cola has printed posters explaining the new rules, and a bowling lounge is squeezing carrot and beet juice as a potential substitute for pitchers of soda at family parties - all in preparation for the nation's first limit on the size of sugar-laden beverages, set to take effect Tuesday.

Some businesses are holding off, hoping a court challenge nixes or at least delays the restriction. But many are getting ready for tasks including reprinting menus and changing movie theaters' supersized soda-and-popcorn deals.

At Brother Jimmy's BBQ, customers still will be able to order margaritas by the pitcher, cocktails in jumbo Mason jars and heaping plates of ribs. But they'll no longer get 24-ounce (720-milliliter) tumblers of soda, since the new rule bars selling non-diet cola in cups, bottles or pitchers bigger than 16 ounces (480 milliliters).

"Everything we do is big, so serving it in quaint little 16-ounce soda cups is going to look kind of odd," owner Josh Lebowitz said. Nonetheless, he's ordered 1,000 of them for the North Carolina-themed restaurant's five Manhattan locations, rather than take on a fight that carries the threat of $200 fines.

"As long as they keep allowing us to serve beer in glasses larger than 16 ounces, we'll be OK," Lebowitz reasoned.

Beer drinkers can breathe easy: The restriction doesn't apply to alcoholic beverages, among other exemptions for various reasons. But it does cover such beverages as energy drinks and sweetened fruit smoothies.

City officials say it's a pioneering, practical step to staunch an obesity rate that has risen from 18 to 24 percent in a decade among adult New Yorkers. Health officials say sugar-filled drinks bear much of the blame because they carry hundreds of calories - a 32-ounce (960-milliliter) soda has more than a typical fast-food cheeseburger - without making people feel full.

The city "has the ability to do this and the obligation to try to help," the plan's chief cheerleader, Mayor Michael Bloomberg, said last month.

Critics say the regulation won't make a meaningful difference in diets but will unfairly hurt some businesses while sparing others. A customer who can't get a 20-ounce (600-milliliter) Coke at a sandwich shop could still buy a Big Gulp at a 7-Eleven, for instance, since many convenience stores and supermarkets are beyond the city's regulatory reach.

"I don't know if the state should be our surrogate parent," Peter Sarfaty, 71, said as he drank a diet cola with lunch in Manhattan this week. "You get the information out there, but to tell people what they can or can't do? As if it's going to stop them."

Business organizations ranging from the massive American Beverage Association to a local Korean-American grocers' group have asked a judge to stop the size limit from taking effect until he decides on their bid to block it altogether. He hasn't ruled on either request.

Many businesses aren't taking chances in the meantime.

Dominic Fazio, the manager of a Penn Station pizzeria, has stopped ordering 32-ounce (960-milliliter) and 24-ounce (720-milliliter) cups, though he calls the regulation "ridiculous."

"But I guess the law is the law, right?" said Fazio, who put up an explanatory sign Coca-Cola Co. provided. The Atlanta-based soda giant said in a statement that helping small businesses prepare was "the responsible thing to do."

Managers at rapper Jay-Z's 40-40 Club were busy this week making sure they wouldn't get in hot water over carafes of soda and other sweet mixers that accompany bottle service, spokeswoman Lauren Menache said. The carafes are slightly bigger than 16 ounces; city lawyers have indicated such containers should pass muster.

Lots of lattes are exempt because they're more than half milk. And it's OK for customers to load their large and extra-large coffees with all the sugar or sweet flavoring they want. But the chain will no longer do it for them, for fear of running over the limit of roughly three calories per ounce (30 milliliters).

Starbucks, meanwhile, believes most of its products won't be affected and isn't making any immediate changes, spokeswoman Linda Mills said.

Even some businesses that specialize in big sodas aren't making moves - yet - in light of the lawsuit and the city's pledge not to impose fines until June. Until then, violations would just spur a notice.

At Dallas BBQ, "Texas-size" 20-ounce sodas are staying for now, said Eric Levine, one of the directors.

Switching to 16 ounces would mean ordering roughly 10,000 new glasses for the New York-based company's 10 locations, including a Times Square spot that seats 1,000 people. And customers wouldn't feel they were getting the same deal: double the soda for little more than the price of the 10-ounce (300-milliliter) size, Levine said.

The rule's effects may be particularly pronounced at movie theaters, where belly-buster sodas are as familiar as coming attractions. Big beverages also account for about 10 percent of profits, according to court papers.

"People just like that comfort, while they're sitting there - to make sure they have enough to drink for the whole movie," Russell Levinson, the general manager of Movieworld, mused this week.

The family-owned theater sells soda in 20-ounce bottles and 44-, 32-, 22-, and 12-ounce cups. The theater is looking at getting 16-ounce cups, considering two-drink and refill specials and retooling all its drink-and-popcorn combination offers, Levinson said.

Some businesses, though, are adapting to the new rule with gusto.

At Frames Bowling Lounge, a Manhattan spot that mixes bowling with an upscale bar, the families who pack the lanes on weekend days will no longer be offered pitchers of soda as part of a party package, executive general manager Ayman Kamel said.

Instead, they can get individual, eight-ounce (240-milliliter) cups of soda - or pitchers of the low-sugar, house-made juices that he and staffers spent an afternoon tasting this week. They experimented with such options as carrot, beet and mint-and-citrus.

"It's going to cost a little bit more money, but nothing is more valuable than having freshly squeezed juice available for our clients," he said. "We're taking advantage of the situation to promote the good side - healthy options." 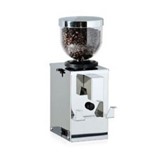 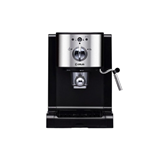 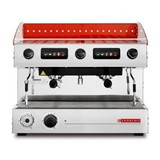 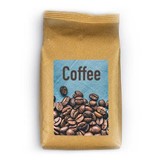 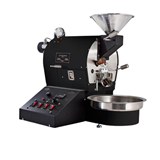 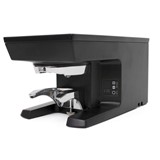 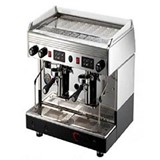