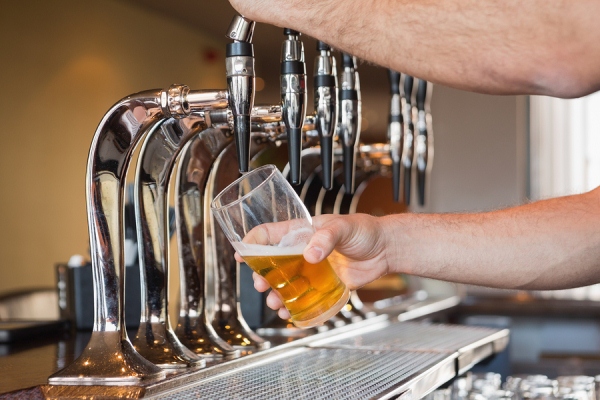 The government introduces harsher fines and 'Intoxicated and Disorderly' offence in order to "crackdown on alcohol-related crime and anti-social behaviour."

Minister for Police and Emergency Services Michael Gallacher recently said that police will be working closely with the Office of Liquor, Gaming and Racing as the government rolls out its latest measures on Monday to tackle drug and alcohol-fuelled violence.

"There is no one size fits all solution but we are committed to implementing measures that will be effective to deal with problem areas.

"This government continues to provide police with the powers, resources and backing to deal with those who may potentially cause problems on our streets.

"We have backed police by giving them additional move on powers and by creating the offence of 'Intoxicated and Disorderly' which will be backed up by fines of $1,100 – an increase of more than five times.

"The government has also introduced tough new one punch laws and mandatory minimum sentencing for those convicted of violent offences and who are under the influence of drugs and alcohol.

To further target drug and alcohol-fuelled violence the government will start a numbers of new measures from Monday, February 24:

"We have established 'Operation Compello' to provide a highly-visible police presence across the precinct and crackdown on alcohol-related crime and anti-social behaviour," Assistant Commissioner Murdoch said.

"In addition, the operation will focus on enforcement of the Liquor Act and amendments to ensure licensed premises are adopting good management practices.

"We welcome the new legislative changes and any initiative that will help make the community a safer place," assistant commissioner Murdoch said.

Office of Liquor, Gaming & Racing executive director Paul Newson said hotels, registered clubs, nightclubs and licensed karaoke bars across both the Sydney CBD Entertainment and Kings Cross precincts will be required to enforce a 1.30am lockout and cease alcohol service at 3am.

"Small bars with a maximum patron capacity of 60 people, most restaurants and tourism accommodation establishments are exempt as they are considered lower risk.

"From Monday, if a patron leaves or is ejected from an affected licensed venue after 1.30 am then they cannot re-enter the venue or get into any other licensed venue in the precincts.

"At 3am, alcohol service will cease at licensed venues across the two precincts. Patrons will be permitted to remain on the premises until closing time and enjoy food, non-alcoholic beverages and entertainment.

"We strongly encourage full cooperation from venues and patrons during the transition to these new measures.

"Licensees have been warned that they need to comply with the new conditions otherwise they will face potential fines of up to $11,000 and/or imprisonment of up to 12 months as well as strikes under the government's Three Strikes disciplinary scheme," Newson said.