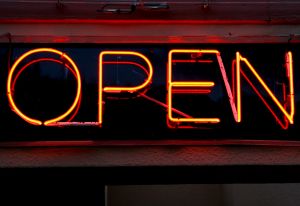 Teenage attitudes to risky drinking can be changed for the better, using a combination of classroom education and social marketing.

Girls, however, are more inclined to change their intentions to drink moderately than boys, a pilot study at Griffith University's Department of Marketing shows.

Researchers surveyed 223 students aged 14-16 who lay in the proverbial gutter and saw the world through the wobbly lens of beer goggles as part of an interactive program called 'Game On: Know Alcohol' (GO:KA).

"Young people are 239 times more likely to see an alcohol advertisement than an advert promoting safe drinking, this in a world where they are exposed to about 3000 marketing messages every day," lead researcher, Associate Professor Sharyn Rundle-Thiele, said.

Almost $US 5 billion is spent each year on alcohol advertisements, compared with $US 104 million that is spent by the industry to promote safe drinking.
"Education is competing against a multitude of influences, many unhelpful. In excessive drinking cultures the social pressure to drink alcohol is extremely high. Young people choosing to abstain or reduce alcohol consumption can experience social exclusion," Associate Professor Rundle-Thiele said.

Blending education with social marketing, GO:KA alternated games-based modules with knowledge-based modules. Year-10 students from two Brisbane schools took part in online games that educated them about blood alcohol concentration, what constitutes a standard drink, risky drinking and its consequences, and strategies for drinking moderately. They also participated in physical activities such as beer goggles, calculating and pouring a standard drink (using non-alcohol drinks) and laying in a gutter to simulate being passed out.

"Students enjoyed learning in a fun and engaging way and understood key messages delivered via online games and physical activities. We identified interactivity, relevance and creativity as three vital elements of the activities that engaged students and maintained their receptiveness."

While attitudes towards the effects of drinking to excess improved among boys and girls during the exercise, the intentions to drink moderately changed more significantly among girls.

"To achieve changes over the longer term, programs need to be sustained over time with booster sessions recommended. There is a growing body of evidence suggesting that education efforts that are repeated over time can be effective in changing behaviour in the longer term. Combining social marketing can help to engage students in moderate drinking messages.

"Our long-term aim is to develop a program that is publicly available to be used as a teaching resource that maximises the occasions that students are exposed to moderate drinking messages."

Associate Professor Rundle-Thiele plans to validate and build on the findings of the pilot study by extending the next phase across 20 Queensland schools between 2013 and 2014.