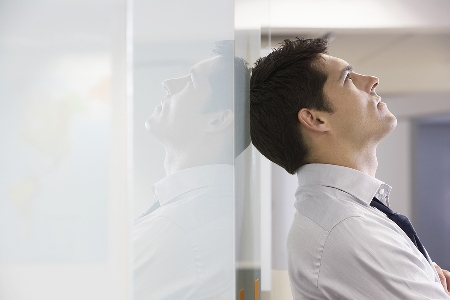 Dr Romanella said conventional approaches requiring self-disclosure are inadequate in dealing with the effects of mental illness in the workplace.

Employers should consider a worker may be concealing a mental illness, when symptoms affect his or her ability to work to their optimum level, before subjecting them to formal counselling and a performance improvement plan, according to an expert from Swinburne University of Technology (SUT).

"In Australia, in any twelve month period, a fifth of the workforce has a common mental illness — namely anxiety, depression, substance use and harmful alcohol use and dependence," Dr De Lorenzo-Romanella said.

"We know that mental illness is pervasive in all levels of society and can significantly impact a person's ability to concentrate, make decisions or feel good about themselves.

"In fact, over the course of a lifetime, at least 50 per cent of people will experience a mental illness."

Dr De Lorenzo-Romanella has developed new workplace policies to ensure that managers are not placed in the position of imposing performance management plans on employees who have a hidden mental illness.

"With most people choosing to conceal such illnesses because of social stigma, we need to be mindful about how to approach staff whose attendance and/or work performance unexpectedly falls, as they may have a hidden mental illness," she said.

Dr De Lorenzo-Romanella said conventional approaches requiring self-disclosure are inadequate in dealing with the effects of mental illness in the workplace, as concerns about stigma and career damage are widespread by mental illness sufferers.

She proposes organisations adopt "buffer stage" policies to ensure they are not subjecting employees with a hidden illness to formal performance improvement plans they are unlikely to effectively complete.

"Organisations can offer buffer stage policies in the form of flexible hours or a total break from work, along with the opportunity to confidentially disclose illness to a designated HR member, as options prior to a possible formal performance management process," Dr De Lorenzo-Romanella said.

"Until social stigma subsides, and people with a mental illness feel comfortable about revealing their illness in the workplace, performance management policies for dealing with employees who choose not to disclose they have a mental illness need to change."