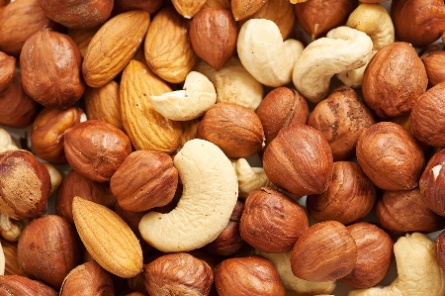 Ongoing interest in the health attributes of nuts resulted in one-third of global launches in 2013 being positioned on a health platform of some kind.

The share of nuts in global snack foods launches has risen steadily in recent years as nuts have found increasing favour as convenient and nutritious snacks and technology has allowed development of the value-added category in particular.

According to Innova Market Insights, nuts and seeds accounted for over 37 per cent of snack foods launches in 2013, with savoury or salty snacks taking the remainder. Nuts' share has grown in recent years, rising from less than 36 per cent in the previous 12-month period and from just over 32 per cent five years ago.

The share of nuts in the snack foods category varies markedly from country to country. There are particularly high shares in Continental European markets, such as Spain, France and Germany, where nuts are traditionally eaten as a snack. Lower shares occur where there is a traditional dominance of potato crisps, particularly the UK and the US.

This is also true to an extent in terms of product activity, with Western Europe seeing the highest penetration of nuts, equivalent to 40 per cent of total snacks introductions. The US sees a more modest 32 per cent, which is well behind the global average.

"The packaged snack nuts market has seen mixed fortunes in recent years," according to Lu Ann Williams, Director of Innovation at Innova Market Insights, "with some difficult times in the market for standard salted peanuts and other commodity-style lines, but rising interest in value-added products, such as natural, flavoured and premium lines, and branding".

"Exotic nuts, such as Brazils, macadamias, pistachios and pecans, are increasingly being used to add value and interest in the market," Williams reports, "while nut mixes have moved into whole new areas in terms of ingredients and away from their traditional reliance on seasonal sales."

Interest in health has also been a key driver in the market in recent years, with the growing positioning of nuts as a healthy snack. Nuts are suitable for year-round consumption, both as an impulse snack and as a planned snack for sharing during in-home family and social occasions.

Ongoing interest in the health attributes of nuts resulted in one-third of global launches in 2013 being positioned on a health platform of some kind, rising to over 60 per cent in the US. Naturalness was a key area of interest and led in terms of claims. Nut launches marketed as one or more of organic, natural or additive-/preservative-free featuring on nearly 19 per cent of total launches, while fibre, protein and low sodium claims were also popular, used on nearly 6 per cent, over 4 per cent and just under 3 per cent of launches, respectively.

Williams concludes: "While innovation opportunities have traditionally seemed more limited in nuts than in some other sectors of the snacks market, it would appear that this may no longer be the case. Technological improvements have allowed the development of much more complex and sophisticated flavours and coatings and a range of more user-friendly packaging formats.  These include resealable cardboard cans, plastic and aluminium pouches and plastic jars, as well as the more traditional flow-wrapped bags."