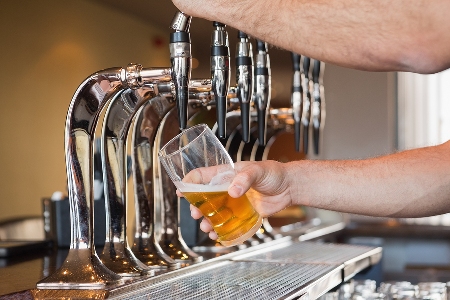 For many Australians, the New Year signals the start of a new approach to healthy living – with smoking and drinking regularly topping the list of vices to either quit or cut down on.

With the New Year comes resolutions across the country. Business information analysts at IBISWorld reveal how our most popular resolutions will affect Australian industries.

According to IBISWorld Australia general manger Karen Dobie, increased health, fitness and savings have been the focus of most Australians' New Year's resolutions over the past five years. This focus has had mixed results for the associated industries.

I will quit smoking and stop drinking

For many Australians, the New Year signals the start of a new approach to healthy living – with smoking and drinking regularly topping the list of vices to either quit or cut down on.

According to IBISWorld, it seems many of us are succeeding. Domestic demand for Australia's cigarette and tobacco products is expected to fall by 5.0 per cent in 2013-14, while Australians' alcohol consumption is expected to remain flat over the year.

"In 2013-14, the fall in domestic demand for cigarette and tobacco products is expected to hurt tobacco product wholesalers in particular," said Dobie.

"However, while alcohol consumption is expected to fall 1.2 per cent per annum over the five years through 2013-14, revenue for liquor retailers is forecast to increase by 2.8 per cent per annum as Aussies switch to higher quality, more expensive alcoholic beverages."

After the excesses of Christmas shopping, Australians are expected to resolve to pay down credit card debt, increase their savings and invest in assets.

"Australians spend less in January than in any other month", said Dobie. "However, as the year progresses and December comes around again, historic trends suggest the credit cards will come out again in full force."

Despite these temptations, Australians over the past five years have been quite successful with this resolution, as Australia's household savings ratio is expected to rise from 8.8 per cent in 2008-09 to 9.9 per cent in 2013-14.

I will eat healthier

According to IBISWorld, Australians are becoming increasingly aware of what they eat, fuelling demand for fresh, organic, low-carb, gluten-free, dairy-free and weight-loss products.

"This trend has resulted in supermarkets and grocery stores expanding the size and diversity of their range of healthy products", said Dobie. "It has also driven fast-food outlets to add healthy menu options and an increase in healthy takeaway outlets – such as salad and juice bars and frozen yoghurt chains."

IBISWorld forecasts organic farming to grow by 11.2 per cent over 2013-14 to reach $655.3 million and spending on healthier fast-food options such as sandwiches, salads and juice will be responsible for 13.3 per cent of total fast-food revenue. "Over the past five years, demand for fast-food products such as burgers and pizza have lost market share as more Aussies opt for healthier options," said Dobie.

I will get fit

While overall revenue growth for gyms and fitness centres is expected to remain relatively flat over 2013-14 – growing by 1.4 per cent to reach $1.3 billion – IBISWorld anticipates a spike in gym memberships and demand for personal trainers in late January and February as Aussies return from holidays and begin their new year fitness plans.

Despite our best intentions, however, Australia's obesity level continues to climb – growing by an annualised 1.7 per cent over the past five years. "Longer working hours – resulting in Australians being increasingly time-poor – and sedentary lifestyles are key factors contributing to our growing waistlines," said Dobie.