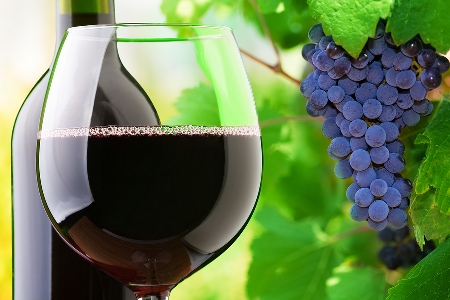 Assistant Professor Michael Considine said although people today drank wine from very similar varieties to those produced in Roman times, the varieties were not exactly the same.

Cutting-edge technology is being used by researchers at The University of Western Australia and Department of Agriculture and Food (DAFWA) to identify differences in the top Cabernet Sauvignon grape clones to benefit the local wine industry and consumers.

Assistant Professor Michael Considine, researcher with DAFWA and UWA's School of Plant Biology, is coordinating the joint project to plot the sites of genes along chromosomes.

He said although people today drank wine from very similar varieties to those produced in Roman times, the varieties were not exactly the same.

"Subtle changes accumulate silently through generations of propagation, such as when taking cuttings," Considine said.

"Now the wine industry is exploiting these differences to its advantage."

Different forms within a variety are known as clones, and some leading French wine clones are sold worldwide under trademark protection.

Assistant Professor Considine said until now researchers could only speculate on the identity of different clones.

"New technology is now allowing us to plot precise changes that occur in clones and take advantage of new changes that benefit the wine industry and consumers," he said.

"Differences observed in the vineyard may be due to one or more influences on the DNA -whether a single DNA mutation, or through decorations on the DNA, chimeric mutations or the influence of viruses.

"We now have the technology to distinguish these effects, and thanks to our industry partners, can make an important contribution to the Australian wine industry and benefit consumers."

Assistant Professor Considine said wine producers would benefit from the outcomes of the research through improved crop management and productivity, and the selection of elite clones to suit grower requirements such as early ripening or the production of high-value wines.

Consumers would also benefit from an improved range of wine choice and consistency, and the development of high-value wines.

Cabernet Sauvignon was chosen for the research because it is one of the Australian wine industry's "regional heroes" and a popular red wine variety.

The project will apply cutting-edge techniques in genomics to several clones on which extensive knowledge is already available from Western Australian and South Australian improvement programs.

In addition to the genomic component, the project will include vineyard studies.

The three-year project has received total funding of $574,000 from the Australian Research Council.

The research is supported by 24 companies represented by the WA Vine Improvement Association, prominent national retailer Yalumba and the Australian Wine Research Institute.