How to let music play its part in restaurant profit 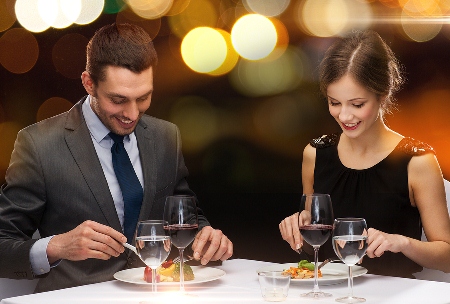 You've agonised over your menu and spent a fortune on decor. You've hired great chefs and waiting staff and done some snazzy promotions that are getting patrons pouring through the door. Yet no one seems to be coming back for more.

Why? It could well be your music. Restaurant music is almost as important as food. So here are a few suggestions to help you view your music in a whole new way and create playlists that boost profits.

Every song has a job to do, a job that's just as important as your chefs, maitre de, waiters and waitresses. It even has a job description: Medium in Charge of Entertainment and Customer Retention. If it fails to do that job, sack it. Interview each new song and ask it what it can bring to your restaurant. Ask it if it's happy to work in a team environment with a whole bunch of other songs working together to create a specific atmosphere sympathetic to your food and decor. If it doesn't, don't employ it.

Encourage your songs to specialise

Ideally each song in your music team will only work for about three minutes per week to avoid patrons getting overly familiar and even bored with it. So when should they work? Decide which shift they are most suited to and assign them to a team of likeminded songs to work that shift with them. It might be breakfast where you need songs that can help customers ease gently into their day over Eggs Benedict and orange juice.

Don't let any song get too big for its boots

Remember, you're going to employ hundreds, maybe even thousands of songs and, if you do it right, each of them will have only about three minutes of fame a week. But it's not about them; it's about their place in the overall scheme of things. Patrons might tell you they come to your restaurant for the great food. But whether they know it or not, they also come back for the atmosphere.

Chances are, the less they talk about your music, the better it's worked.  Your songs will feel like the largely ignored guitarist crooning away in the corner and, like them, they'll wish they could play a lot louder and get more applause. But they'll have done their job and you can confidently employ them for another week.