Food processors under fire for causing 'harm not help' 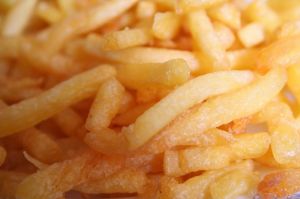 Would you like fries with that? Food and beverage manufacturers are said to be contributing towards, not helping reduce Australia's obesity epidemic.

The role of the processed food, tobacco and alcohol industries in tackling lifestyle diseases came under scrutiny recently in a paper published in the Lancet.

Lung cancer from smoking, obesity from an unhealthy diet and liver problems from alcohol are all examples of lifestyle diseases that are killing millions each year.

The report analysed the involvement of food, drink, and alcohol industries internationally in  preventing and managing lifestyle diseases and found that they play a harmful not helpful role in developing public health policies.

The findings reveal that despite government reliance on industry self-regulation and public-private partnerships to improve public health, there is no evidence to support either effectiveness or safety.

Lead author Professor Rob Moodie from the University of Melbourne said the study showed that these "unhealthy commodity" industries used similar strategies to the tobacco industry to undermine public health policies and programs.

He said through the sale and aggressive marketing of tobacco, alcohol and ultra-processed food and drink, multinational corporations were now major drivers of the world’s growing epidemics of lifestyle diseases.

"This new evidence enables us for the first time to make recommendations for governments, public health professionals, and society on the involvement of these industries, starting with the proposal that they should have no role in the formation of national or international policy on lifestyle diseases," Professor Moodie said.

"Regulation, or the threat of regulation, is the only way to change these transnational corporations. It has changed the way the tobacco industry operates and it could have the same beneficial effects of the food industry.

"We have made a significant impact on regulation in Australia with tobacco by increasing the price of cigarettes through taxation, banning advertising and sponsorship, smoke free laws, graphic warnings and most recently plain packaging. This type of regulation is needed worldwide."

Study co-author, Professor Bruce Neal of The George Institute for Global Health and The University of Sydney, said most health problems in Australia are now attributable to a poor diet, insufficient physical activity, tobacco or alcohol.

"If we in Australia are to reach the World Health Organisation’s 25 by 25 target (reducing non-communicable diseases by 25% by 2025) we need concerted action to reduce the consumption of unhealthy commodities" Professor Neal said.

"This means we have to move on processed and fast foods in the same way that we have on tobacco. Foods high in salt, fat sugar and calories are unfortunately a great way for the industry to make profit, so voluntary solutions are unlikely to work.

"Taking salt as an example, despite our work with government and industry to-date, the best evidence we have suggests that average salt levels in the food supply have gone up, not down.

"We need to find a solution with the Australian Government that puts the public’s interest first. As was done recently in the UK when industry was forced to cut salt in the UK, it didn’t miss a beat - there were no mass redundancies, business failures or lost markets – just thousands less strokes and heart attacks each year." 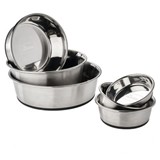