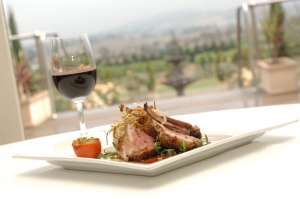 The average Australian will fork out $28.26 to treat Dad this year.

Expect dads to continue to be forgotten this Father's Day as families opt for cheaper gifts including gift cards, books and modest family dining, despite increasing consumer confidence.

IBISWorld General Manager (Australia), Karen Dobie, anticipates the average Australian will fork out $28.26 to treat Dad this year, up just nine cents from 2011.

"Whether it's dining out, a picnic in the park, or a good book, the focus this Father's Day is on low-key relaxation," Dobie said.

Dining out is a perennially popular choice on both Mother's and Father's Day, and Dobie says this year eating out will again dominate spending – putting smiles on the faces of family-friendly cafes, restaurants and pubs.

Dobie said Australians are expected to spend $165 million on dining out this Father's Day, representing a 5.1 per cent increase on last year.

Liquor sales is also expected to rise by 3.6 per cent – good news for bars and alcohol suppliers around the country.

While eating out will top the overall spending in dollar terms, gift cards take the cake this Father's Day as the fastest growing category with spending up 7.6 per cent this year from 2011 to $69.3 million.

"An easy gift to both buy and receive, gift cards span everything from movie tickets to daily deal activity vouchers, and not surprisingly, this Father's Day we expect hardware store gift cards will be a popular pick," Dobie said.

"Books will also be a firm favourite this year with spending up 7.1 per cent from last year to $32.3 million."

As for those categories that have fallen out of favour, sporting goods and clothing have both lost ground since last year (decreasing by 3.3 per cent and 2.1 per cent respectively), while spending on hardware, personal care items and electronics will remain relatively flat.

"While every Dad is hoping for a new gadget or tool to play with, value-conscious families will continue to chase bargains this Father's Day and detract from the popularity of these purchases," Dobie said.

According to IBISWorld, Mother's Day 2012 saw Australians spend $1.36 billion, broken down to a per capita of $60 – more than double the expected spend for fathers.

In terms of gift categories, the little luxuries sought out for Mum are not dissimilar to those that will be bagged for Dad – with dining out and gift cards still top of the list – but when it comes to our mothers, Dobie said we spend at a different level.

"When it comes to Father's Day, a quaint cafe, a family friendly restaurant or even pub grub is considered adequate, while dads – and children – often want to treat Mum to something more luxurious."

"So too with gift certificates, while a $20 voucher for Bunnings would be considered perfect for Dad, we are more likely to splurge on a massage, spa treatment or haircut and colour for Mum," Dobie added.