Cider in the sun: consumption, revenue set to rise 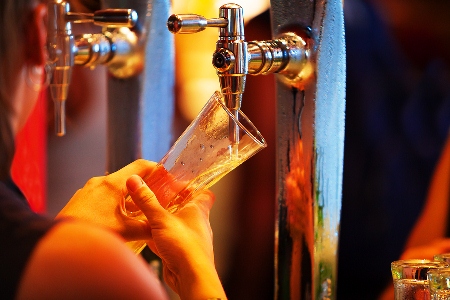 The burgeoning popularity of cider is coming at the expense of ready-to-drink beverages.

Spending on cider in Australia is expected to rise by 21.5 per cent over the next five years, as the alcoholic beverage continues to gain in popularity.

While Australia's per capita alcohol consumption is decreasing – with beer drinking falling at the fastest rate – there are still a few sweet spots in the alcohol industry that are set to generate revenue growth. Cider is currently in a prime position to make its play.

According to business information analysts at IBISWorld, Australians will spend an impressive $1 billion on cider this financial year. Sales of cider have grown at an annualised 33.9 per cent over the past five years, with continued strong annualised growth of 21.5 per cent forecast for the five years through 2019-20.

Willing to pay for premium flavour

According to IBISWorld Australia General Manager Daniel Ruthven, the burgeoning popularity of cider is coming at the expense of ready-to-drink beverages such as pre-mixed vodka or whiskey drinks. The trend away from strictly apple-based varieties of cider is attracting new drinkers, and is also leading to a rise in the number of specialty ciders available on tap.

"While many consumers have switched to craft and imported beers, others have changed to wine and cider," said Ruthven.

"Cider producers have found great success in marketing the beverage as a refreshing alternative to beer. Additionally, ciders have benefited from increased taxes on ready-to-drink mixes, with many young partygoers now opting for cider as a cost-saving exercise," added Ruthven.

"Beer consumption is falling, but revenue is increasing as consumers opt for imported and craft varieties," said Ruthven. "This willingness to pay a premium for quality and variety is also driving revenue in the cider market."

However, it's not all smooth sailing for local cider producers. The domestic price of fruit – a key input in production – can be volatile, leaving cider producers exposed to price movements when supply shocks occur.

"As domestic fruit prices are largely influenced by variable weather conditions, it is difficult for cider producers to plan for the significant price jumps that can occur," said Ruthven.

However, IBISWorld analysts suggest that the high profit margins of cider products mean that producers are better placed to absorb price movements than some of their competitors in the alcoholic drinks market.

"Furthermore, many large players in cider production buy fruit from growers under contracts with a set price, limiting potential variability in purchase costs," added Ruthven. "And at the other end of the market, some smaller producers are able to avoid exposure to price movements by growing their own fruit."

A matter of great import

Over the past five years, imports have grown from 25.8 per cent to 27.0 per cent of domestic demand. The increasing popularity of premium foreign ciders – such as Swedish favourites Rekorderlig and Kopparberg, and the New Zealand-based Monteith's – has driven this significant import penetration.

On the import stage, New Zealand holds 30.3 per cent of the market, just edging out Sweden (29.4 per cent). Ireland is another significant source of imports, with a 23.0 per cent share of the market for foreign cider. Swedish giant Rekorderlig has invested heavily in product innovation to rapidly expand its range of flavoured ciders. This has helped the company quickly boost its market share in Australia, and has led Sweden to overtake previously significant sources of imports like the United Kingdom.

On the export front, the leading target market is the United Kingdom (24.4 per cent of the export market), followed by New Zealand (19.8 per cent) and the United States (16.3 per cent).

"Australia isn't renowned internationally as a cider producer – at least, not yet. Improvements in the quality and range of Australian ciders are likely to make them more attractive abroad," said Ruthven.

Many boutique brewers operate on a small scale and, unlike large-scale cider producers, won't have the capacity to establish strong supply-side relationships with overseas markets. However, the high level of foreign ownership amongst large-scale producers within the domestic industry means that major players are likely to introduce successful products into overseas markets.

"Meanwhile, domestic demand is anticipated to continue to account for the lion's share of local cider production. Of course, this may change as the market becomes more saturated – only time will tell," said Ruthven.