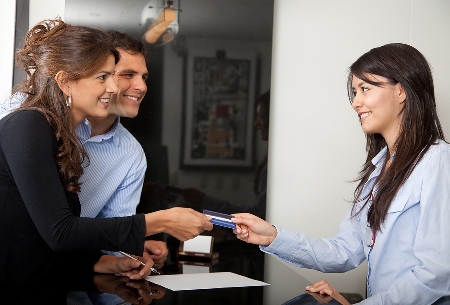 Prices paid by Australian travellers overseas increased in well over half of the international destinations included in the HPI.

The average price of a hotel room around the world rose by two per cent during the first six months of 2013 compared with the same period last year, according to the latest Hotels.com Hotel Price Index (HPI).

The rise, although relatively small, maintained a trend seen since the start of 2010 of slowly increasing rates, with average prices around the world now close to their 2006 levels, before the global financial crisis.

Growth in the Pacific slowed dramatically, with the region witnessing a modest one per cent rise in the first half of 2013 on the back of the contraction in the Australian mineral resources industry and political uncertainty in the region's major economy.
With the Eurozone only just officially out of recession, hotel prices in Europe and the Middle East remained sluggish, also recording a one per cent gain.

Asia was the only region to see a fall in hotel prices, with a two per cent drop in the first half of 2013. A number of individual cities in the region performed well but the depreciation in value of the Japanese Yen and the Indian Rupee, coupled with a fall in the number of inbound visitors to China, contributed to this result.

Latin America registered its strongest result in more than two years with a seven per cent increase in hotel prices. Helped by the strengthening US economy, North America and the Caribbean outperformed the global average with increases of three per cent and five per cent respectively.

Prices paid by Australian travellers overseas increased in well over half of the international destinations included in the HPI, although many of the increases were relatively modest. The fall in the Australian Dollar impacted prices paid in the second quarter of 2013. Of the 108 cities included in the report, average prices paid were up in 67, flat in eight and down in 33.

In the build-up to the 2014 World Cup and 2016 Olympic Games the world's most expensive city for Australian travellers in the first half of the year was once again Rio de Janeiro, Brazil at an average of $312 a night - a rise of three per cent on the same period last year. Despite the depreciation of the Real, Brazil ranked as the second most expensive country for Australian travellers behind Monaco.

Occupancy rates across the US were up in the first six months of 2013, which contributed to a rise in prices paid by Australian travellers in 15 of the 18 US cities included in the HPI, although rises were not as sharp as in previous reports. The steepest rises were in the west, with Anaheim, home of Disneyland in California, up 18 per cent to $160, Honolulu up 11 per cent to $250 and San Francisco up 10 per cent to $216.

Following the improved exchange rate for international visitors to Australia, Australian hoteliers are poised to benefit from growing inbound and domestic travel markets with Sydney, Melbourne, Gold Coast and Cairns the most popular destinations for overseas visitors. The HPI revealed, of the 31 nationalities included in the report, 25 paid more when staying in Australian hotels in the first six months of 2013 compared to the same period in 2012.

Prices in Sydney rose nine per cent on the same period last year to reach an average of $190 per night. Melbourne also recorded a rise higher than the Australian average, increasing four per cent to average $163.

While the slowdown in the mining sector led to a five per cent fall in Perth hotel prices to average $200 a night, other Australian mining hubs saw increases in prices. Mackay saw the largest increase of 15 per cent to reach $170 a night, Darwin experienced growth of six per cent, averaging $195, and the Hunter Valley grew 12 per cent to reach $180. Brisbane fell one per cent to $168.

The Whitsundays remained the most expensive destination for accommodation in Australia, with an average nightly room rate of $254, $83 above the country's average of $171.

Svanstrom stated: "Despite these modest results from a hotel price perspective, the outlook remains positive as hoteliers focus on taking advantage of the thriving outbound markets of the region's growing economies, including China.

"The recent drop in the Australian Dollar will likely start to affect travel demand and rates in the second half of the year, contributing to improvements in domestic travel and the start of a revival of the inbound market." 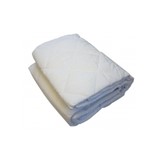