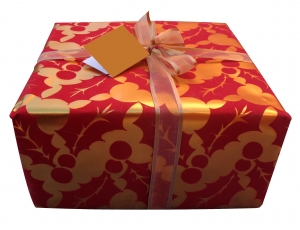 Half of Australian households are less likely to spend on non essential items in the coming months than this time last year.

Australians are planning to tighten their purse strings this Christmas as they continue to worry about their financial security, research shows.

A Newspoll survey conducted for Dun & Bradstreet shows that half of Australian households are less likely to spend on non essential items in the coming months than this time last year.

The Consumer Credit Expectations survey of 1,216 people aged between 18 and 64 also found that almost one in three (29 per cent) were more likely to save than they were 12 months ago and 56 per cent were concerned about their personal finances.

"It's not fabulous but I think that there is a certain sense amongst retailers that given the fact that people have been very cautious and saving their money and minimising their credit-card charges that we may see a little bit of up-tick in discretionary spend this Christmas," she said.

She said the Reserve Bank of Australia's recent 25 basis point cash rate cut has also hopefully come in time to encourage Christmas spending, and another reduction in November would also be helpful.

"It takes a while for it to trickle down into people's spending behaviour so we're hoping the fact that the RBA acted in October may mean we see a little bit of robustness flow through to Christmas," Osmond said.

Credit usage is also expected to fall in the next few months with 37 per cent less likely to use a credit card for their Christmas shopping than last year, the research said.

But ANRA said it expected more shoppers to use debit cards for Christmas purchases and credit card usage had been going down for some time.

The research is also in contrast to figures released on Monday for Australian sales of new motor vehicles which increased 4.7 per cent (seasonally adjusted) in September.

The Australian Bureau of Statistics figures show that 98,701 new vehicles were sold, seasonally adjusted, in September, compared to an upwardly revised 94,298 in August.

For the year to September, new motor vehicle sales rose 14.4 per cent, seasonally adjusted, from 86,311.