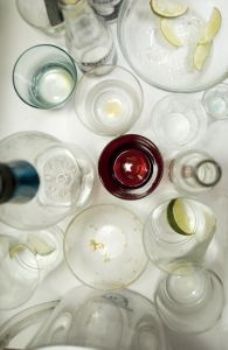 Dry July is again unlikely to be popular with bottle shop and pub proprietors.

Bin the gin, stick the stubbies in storage and put the caps on the schnapps - that is the message being promoted by organisers of Dry July.

The annual grog-free month is likely to be met with a chorus of boos by the nation's bottle shops and pub proprietors, but organisers say there are at least two good reasons to take part.

One - you won't wake up with a sore head, tequila breath and still wearing last night's jeans for a full four weeks.

Two - you can help raise more than $3 million for adult cancer patients in Australia, with the proceeds donated to hospitals around the country.

For the first time the Kiwis will also benefit from Dry July, with Auckland Hospital set to be given some of the cash.

Organisers hope to get 12,500 people in Australia and New Zealand to take part in this, the fifth annual staging of the initiative.

The idea for the grog-free month was, ironically, hatched in a pub in 2008 by co-founders Phil Grove, Brett Macdonald and Kenny McGilvary.

All three have lost family members to cancer as well as having brushes with the disease themselves.

They've persuaded actors Roy Billing, Ryan Corr and Jeremy Lindsay-Taylor and dozens of others to act as national ambassadors - all of whom will go booze free.