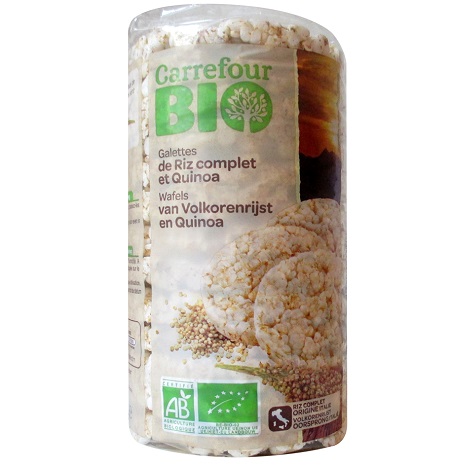 Launch numbers for ancient grains such as quinoa have been rising strongly in recent years.

Ancient grains are continuing their return to consumers' diets, reflecting rising levels of awareness of their nutritional properties, as well as the unique flavours they can impart to a wide range of food and drink products.

Launch numbers for food and drink products containing grains such as quinoa, chia, buckwheat, hemp and amaranth have been rising strongly in recent years, according to data from Innova Market Insights.

Launches of products containing quinoa rose nearly 50 per cent over the 12 months to the end of September 2013, for example, and have risen more than five-fold over a five-year period. Rising interest in the US has largely been responsible for this growth, although launches are now becoming increasingly common in Europe.

Quinoa, a small, light-coloured round grain with a distinctive nutty earthy flavour, is indigenous to South America, where the Incas regarded it as the "mother of all grains".

As well as finding a place in a variety of different grain-based food categories, including breakfast cereals, snack bars and biscuits, activity in other sectors is rising and now includes confectionery, beverages, ready meals and baby foods.

The use of quinoa in baby foods has been particularly evident in recent months, with US launches including Plum Organics Mighty 4 Essential Nutrient Blends in the US, Biobim Mixed Vegetables with Quinoa organic jarred baby meals in the UK and Babybio cereals featuring quinoa in France. There is also a focus on gluten-free formulations, with 38 per cent of launches featuring quinoa using a gluten-free positioning in the 12 months to the end of September 2013.

Another upcoming ancient grain is chia, a Latin American annual herb high in protein, dietary fibre and antioxidants, with a high concentration of omega 3 fatty acids in its oil. Although much less established than quinoa, it is showing a similar growth rate.

Launches of products containing chia rose from probably single figures five years ago to in the hundreds now, with an increase of nearly 50 per cent in the 12 months to the end of September 2013 alone.

The US dominated activity, accounting for nearly half of the total introductions recorded. Launches ranged across a number of sectors, including soft drinks with Ahhmigo's Chia & Water with chia fibre, omega 3 and protein to keep consumers "hydrated and satiated"; snacks with Lesser Evil's Chia Crisps; and cereals with Nature's Path Organic's Qi'a "superfood" breakfast cereal made with a blend of chia, hemp and buckwheat.

Perhaps most significant for ancient grains, however, has been the move more squarely into the mainstream with products such as Kellogg's recently launched Special K Nourish multigrain cereals and cereal bars made with quinoa in combination with oats, barley and wheat.

"Ancient grains were once very popular basic food cereals, but faded away and became largely obsolete in many countries, with the rise of modern cereal crops, such as wheat and corn," said Lu Ann Williams, Director of Innovation at Innova Market Insights.

"Interest in these alternative grain products perceived as traditional, natural and nutritious has become increasingly apparent, and their use is extending out of the specialist health foods sector and into the mainstream, as well as out of cereal products and into the wider processed foods market."