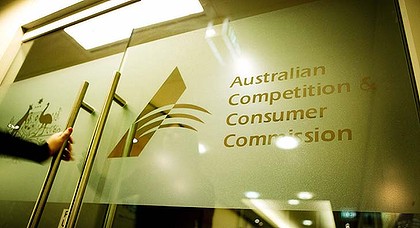 "These new powers will go unnoticed by the vast majority of franchisors and franchisees who do the right thing."

Changes to the mandatory Franchising Code of Conduct came into effect on 1 January 2015.

The Australian Competition and Consumer Commission has new powers to:

"The ACCC welcomes these changes to the Franchising Code as valuable additions to our arsenal. Rogue operators should be on notice that the ACCC can now seek significant penalties for serious breaches of the Code," ACCC Acting Chair Dr Michael Schaper said.

"However, these new powers will go unnoticed by the vast majority of franchisors and franchisees who do the right thing."

The changes introduce a good faith obligation into the Code. This obligation requires both parties to a franchise agreement to remain loyal to the contract that they have signed.

Acting dishonestly, for an ulterior motive or in a way that undermines or denies the other party the benefits of the contract would breach the good faith obligation.

"Franchisees and franchisors will still be able to negotiate and make agreements in their own interest but this new obligation requires all parties to be honest and upfront in their dealings," Dr Schaper said.

The code will also now require increased disclosure prior to entering a franchise agreement, greater transparency around the use of marketing funds and clarity around whether the franchisor or franchisee can operate online.

The ACCC received more than 500 franchising-related complaints last year. Of these, one third related to disclosure matters so the improved disclosure requirements in the Code will address a key concern," Dr Schaper said.

"The ACCC will be focusing on particularly serious conduct and, as always, will take a common sense approach to enforcing the Code."

The new Code applies to all franchise systems and franchisees across Australia.

You should seek legal advice if you are still uncertain about your rights and obligations under the new Code.