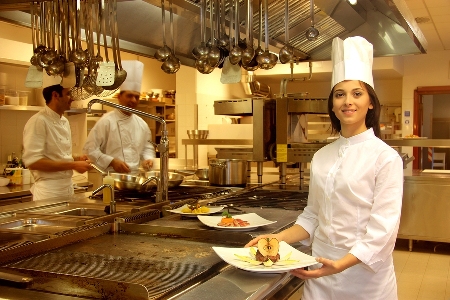 "This is a strong partnership with industry that will make Australian restaurants and catering firms even better," Bob Baldwin said.

The quality of Australian restaurants and catering firms is set to reach new heights with a $7 million training project to boost skills across the industry.

The partnership between the Australian Government and peak national body Restaurant & Catering Australia is expected to train more than 1200 workers over two years.

Launching the project at the 2013 national Restaurant & Catering awards for excellence in Sydney last night, Industry Parliamentary Secretary Bob Baldwin said the program would deliver training for some 500 apprentices, 325 trainee chefs and 400 managers.

"This is a strong partnership with industry that will make Australian restaurants and catering firms even better," Baldwin said.

"This project will deliver hundreds of highly trained cooks and restaurant managers to support the ongoing success of restaurants and businesses and improve standards for customers.

"The timing is perfect, with Tourism Australia recently announcing plans for a major push to promote Australia as a food and wine destination."

Baldwin said the restaurant and catering industry was a vital part of the Australian economy, covering 35,000 businesses and supporting 250,000 jobs, and the national awards were testament to the tremendous dedication and skills in the industry.

"I congratulate all finalists and winners and these awards recognise excellence that will underpin and drive the restaurant and catering sector towards a brighter future," Baldwin said.